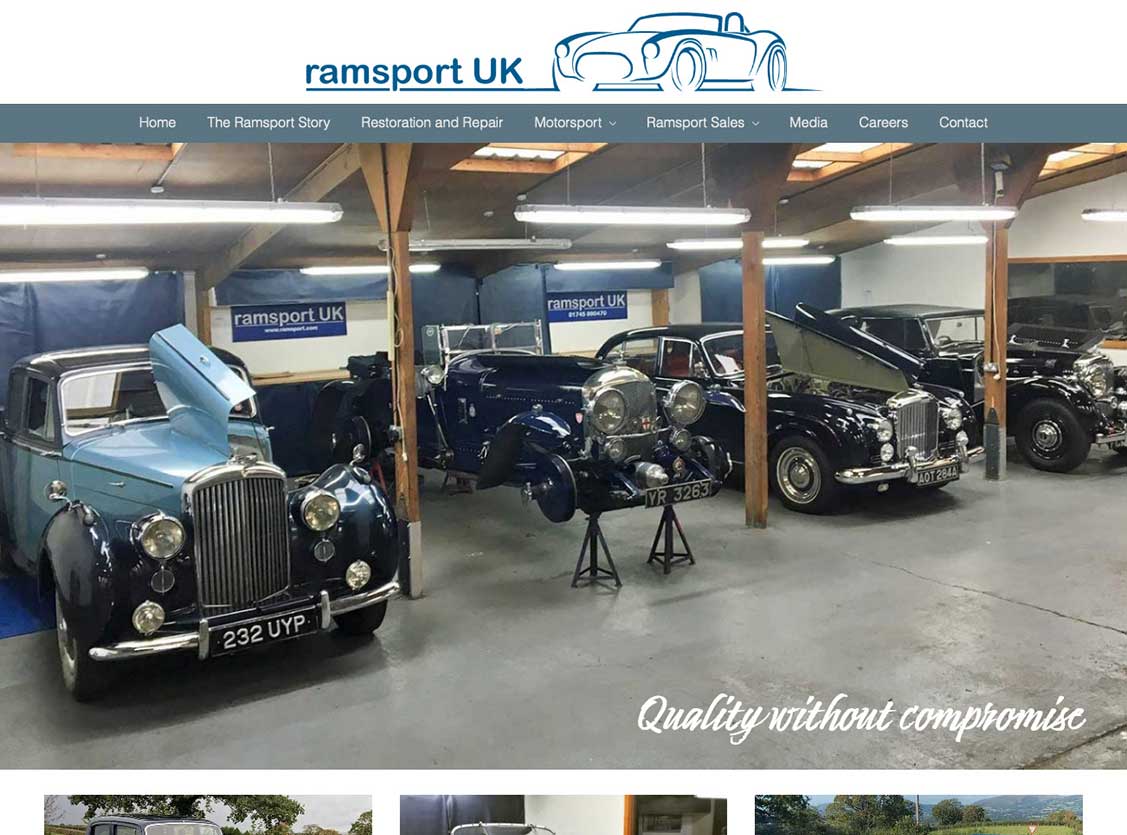 Established in 1985 by Rob Atkinson; Ramsport UK Ltd has been making its mark on the UK automotive industry for well over three decades. In that time, the company has enjoyed notable success across a wide variety of exploits in car building; producing class-topping vehicles in both amateur and professional motorsport and subsequently in the restoration of top-marque classic cars.

Throughout Ramsport’s involvement in motorsport, we have enjoyed success within several different championships in the disciplines of both modern and historic rallying as well as in rallycross; supporting and contributing significantly to the careers of both amateur and professional drivers.

In 2006 we ran, amongst others, a Ramsport-built Ford Focus WRC for the team of Mikkelsen/Floene, who enjoyed nine rally wins including the Cambrian, Scottish and Quinton Stages rallies, the latter of which rendered Mikkelsen as the youngest ever driver to win a UK rally. 2007 yielded further victories at the Fastnet and Speyside rallies, whilst the 2008 season saw Mikkelsen push further boundaries in the Ramsport Ford Focus WRC Car; becoming the youngest ever WRC points scorer (Swedish Rally) and WRC stage winner (Rallye Deutschland).